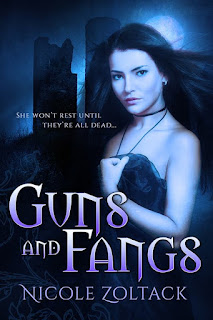 A vampire huntress won't rest until they're all dead, but then she meets him, and everything changes.

Vanessa Lockhart is a vampire hunter, like her father before her, ever since those foul beasts murdered her mother. When she stumbles upon Anton, a vampire who doesn’t kill humans, she doesn’t relent. He protects himself from her onslaught, but even though he doesn’t fight hard, Vanessa is injured. That he doesn’t kill her, that he heals her instead, leaves Vanessa baffled.
A vampire clan hunts Vanessa, intent on killing her for slaying their leader several days ago. Anton manages to save her…but only by turning her into a monster like himself.
In retaliation, the clan kidnaps Emma, a young friend of Vanessa’s. She’ll need to accept her new second life, and Anton’s help, if she’s to save Emma…and maybe, just maybe, she’ll also find a way to forgive Anton for making her a vampire. 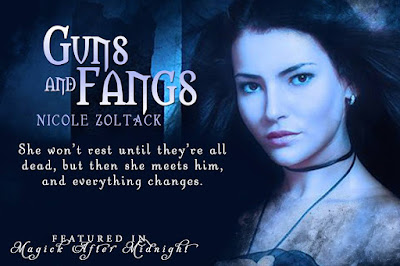 Escape into 20 bewitching novellas from your favorite USA Today and International Bestselling Paranormal authors. From witches to shifters, to fae and vampires, this scintillating set will have you reading well into the witching hour.

This collection also comes with an opportunity to receive 20 MORE full-length novels by the same authors for FREE. That’s 40 spectacular stories all for the price of a cup of witch’s brew! 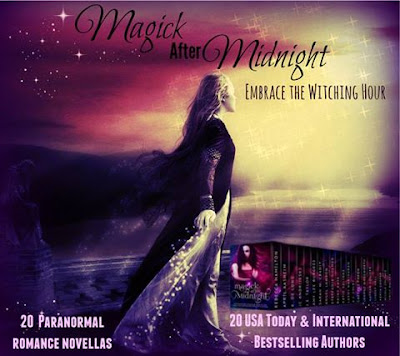 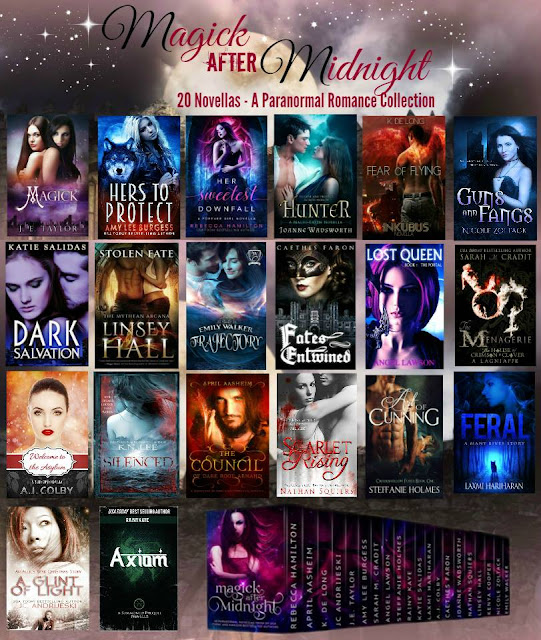 Grab it right now from Amazon! http://amzn.to/1XWtlYb
Posted by Nicole Zoltack at 7:00 AM