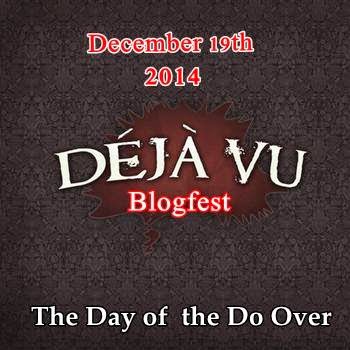 Everyone, I'm so sorry. For some reason, Blogger didn't post this like it should have. I thought for sure I hit publish and not save, and wasn't able to be on the computer yesterday because of dealing with kids with fevers and didn't realize it never posted until today.

The post I'm reposting is one way back from 2009. And oldie but hopefully a goodie. :)

HOW TO WRITE REALISTIC DIALOGUE

Well written, realistic dialogue is one of the most useful tools at an author’s disposable. Nothing else can pull a reader from a story than unbelievable dialogue. Imagine a character like Mandy Moore’s in A Walk to Remember. Now picture that character cursing. In context, it might work, if given the right situation but most likely, a goody-two-shoes like that would never swear. A bum on the streets won’t use large, obscure words. Neither would a small child unless they are precocious. Here are some tips for including authentic dialogue in your novels:

1. Go to the mall or other places where lots of people go. Sit on a bench and eavesdrop. It’s amazing how much you can learn just by listening. As an added bonus, you might even come up with new story ideas!

2. Create a character sketch. In order for your character’s dialogue to be true to the character, it must reflect the character’s flaws, weaknesses, strengths, and personality. A smoker character will not rant about the evils of the big bad tobacco companies. An animal activist will yell at someone for killing a fly.

3. Large blocks of dialogue, similar to large blocks of description, are boring. Pepper some action throughout dialogue scenes. Maybe your hero and heroine are dancing. Or they’re on a long car trip. People often talk with hand gestures. Include movements and other actions.

4. As I hinted at earlier, use swear words sparingly unless the character demands it. Some people hide behind them or use them for release. Other characters may only use them under highly stressful situations. And if you are writing a historical piece, look up the curse words of that time period. In Woman of Honor, a medieval fantasy romance novel, my characters sometimes yell, “God’s Teeth!” or “God’s Wounds!” It lends an authentic feel to the piece.

5. While using words appropriate to locale (some regions say soda, others pop), try to avoid dating your piece with slang. Unless you are rewriting West Side Story and need gang dialogue.

6. If you are going to use accents, make certain that they are constant throughout the novel but not overbearing. Reread Huckleberry Finn, Twain was the master at this.

7. Once you write a dialogue scene, read it aloud. Have your boyfriend/wife/sibling/someone reading a character and you read another. Does it flow well? Does it make sense? Does it further the story and add details to the plot? If you answered no to any of the questions, your dialogue needs a tune up.

Woman of Honor tells the tale of young Aislinn, who desires to become a knight to take her fallen brother’s place. The king grants her a two year probationary period during which Aislinn proves herself time and again. Once the two years are over, the king says that she may now beginning her training as a first year page. Infuriated, Aislinn has an argument with Prince Caelan in this never shared before excerpt that shows how powerful and emotional dialogue can be:

Aislinn hurried outside the castle. The walls loomed oppressive and overbearing. She quickly strode around the courtyard, letting her long steps eat up the earth. The scent of flowers reached her nose but she couldn’t process the sweet smells. She attempted to calm down but her thoughts ran around at such a lightening quick speed that she couldn’t concentrate, couldn’t think, couldn’t breathe. Eventually, she forced herself back inside the castle and returned to her room. Regardless of what choice she decided, whether to redo the last two years of her life or not, she would have to return at some point. The whole situation is absurd! To think that at ten years old, when I am at the same level as the other two year pages, that I should be forced to be on the same level as the new pages! Seven year olds! And to think that I was humiliated when I told everyone I was eight.

She opened her door, and stopped short. Her room wasn’t empty. Prince Caelan, heir to the throne, rose from the single chair in the room.

“Caelan,” she managed to say through clenched teeth. She looked at him and saw his father, saw her king, and relived her humiliation all over again in one heartbeat.

“Aislinn, I’m sorry,” he said, swiftly coming out of the seat. He took a step toward her, one hand held out. “I fought for you, I told my father you deserved a chance. You must know that.”

She said nothing and stomped over to the bureau, yanking the drawers open. She pulled her few possessions and clothing, holding them to her chest as she slammed the drawers shut. Caelan stepped closer, hovering near her shoulder, but he refrained from touching her and said nothing. Her hands shook with rage and the clothes wrinkled. She took them to her narrow bed and refolded them, her movements crisp and precise. When she finished, she returned to the bureau and caught a glimpse of herself in the mirror. The reflection startled her. She wore an emotionless face but her eyes contained so much hurt and pain that she barely recognized herself.

“I know you would do anything for my father. If he asked you to leave this country and to spy on the Speicans, you would. You would lead a raid into their country if he merely hinted at it. You would lay your life down for him just because he is the leader of this country.” Here, the prince paused. “One day, I shall take his place and I shall be king. Yet I don’t know if you would follow me as willingly as you would my father.”

“Why do you say that, your Highness?” she asked, the formal title more a stinging retort than a sign of respect.

“I don’t know,” he answered honestly. His hand rested in the bend of her arm, but she didn’t turn to face him. “I have done nothing but fight for you.”

“Why?” Aislinn asked. She thought of the three W’s, how the prince had wanted to help her but she had been too proud to ask for it, how he had helped anyhow. Even before that, warning her to learn how to swim. He urged Geoffrey to be her mentor, even though Geoffrey denied that Caelan had made him.

Caelan pulled on her arm enough to make her turn and she faced him, keeping her hands clenched at her side. The prince grinned slowly, a reckless and daring smile that spread to his eyes. Aislinn drew in a breath as sudden heat spread over her. His whole face had lit up with his grin and his eyes glowed, like two dark sapphires.

“Why doesn’t matter,” he eventually answered in a voice so low it barely carried across the space between them and Aislinn realized the truth of his words. It didn’t matter.

But he was wrong to question her. Aislinn served the king because he was king. One day, Caelan would be king, and she would serve him just as fiercely and just as honorably.

“I would obey you like I would any king,” she told him, finally finding enough control to keep the edge from her voice. She swallowed. “I would die to protect you.”

“Good,” Caelan said, his eyes still slightly wild as his grin widened a small degree. “Then you know what you must do, Aislinn.”

Aislinn stared up at him, her heart breaking. She clenched her fists harder. “But I have to redo the last two years of my life all over again. Everything up to this point had been for naught! For nothing!”

“You have two choices.” His voice was calm, a sharp contrast to the anger and frustration waging in Aislinn’s chest. “Either do as my father says and begin again. Or leave and the last two years will truly be for naught.”

“No, there has to be another way.” She shook her head sharply.

Caelan’s hand slid from her elbow to wrap around her fist. Without thinking, she unfurled her fingers and he held her hand in his. “Aislinn, I can’t persuade my father. He shall not bend.”

Aislinn frowned. Protests welled in her throat but she refused to voice them and slowly an idea formed. “Perchance…” she started.

“Perchance?” Caelan prompted, taking a step closer to her.

Aislinn shook her head, refusing to say her thoughts. “I gave him my services. I gave him my life for two years. Two years! I can’t forgive him for this.”

He released her hand, taking a step back, his expression hardening. “You must,” he said, his tone now cold and distant.

Aislinn tightened her jaw and stared at the floor. He stepped back from her and walked away. She didn’t bother to look up when the door slammed as the prince left the room.

She slowly whistled her breath out before quickly packing her belongings and leaving the room without a backward glance.