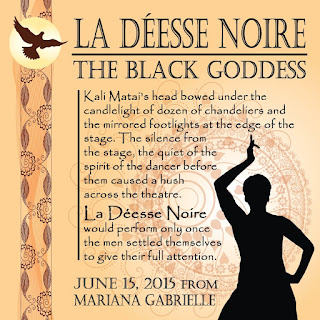 Top Ten reasons romance novel villains are better than heroes—and why they are not.

10
Why villains are better: They know what they want and go after it, devil take the hindmost.
Why they aren’t: They don’t care who gets hurt.

9
Why villains are better: You get the shivers when you figure out what they are planning.
Why they aren’t: You have to live with the knowledge that whatever they are planning will fall directly on the heroes and heroines you love.

8
Why villains are better: They aren’t constrained by what other people think.
Why they aren’t: They can’t be trusted.

7
Why villains are better: They provide a challenge for the hero, and make him look good.
Why they aren’t: They almost always force the heroine to need a hero.

6
Why villains are better: They are sometimes HOT.
Why they aren’t: They aren’t ever hot enough to keep around more than a night or two.

5
Why villains are better: They are stand-ins for people you know and want to see suffer.
Why they aren’t: They treat people more abominably than the person you are imagining.

4
Why villains are better: They almost always have some sort of redeeming quality.
Why they aren’t: Their redeeming qualities have almost all been destroyed by whatever horrible events made them into villains.

2
Why villains are better: We love to see them get their final comeuppance.
Why they aren’t: Even when we love them, they never get a happy ending.

Meet Hamish LaRue, a villain who is—and is not—better than the hero and heroine of La Déesse Noire: The Black Goddess.

Kali sat quietly before the battered desk, refusing to shiver in the wind blowing through cracks in the walls of the rundown wooden shack. No longer did she meet Mr. Hamish LaRue in his fine office at 17 Bonhill Street. Now, she was only invited to this rickety hovel near the docks, half-hidden between a public house and a livery, where he conducted business with anyone less important than he believed himself to be.
Before the first time summoned here, she had never minded the smell of whiskey and horses on a man, but now, the combination made her nauseous. When mingled with the cheap cologne LaRue wore to cover his pungent bodily aroma, it was all Kali could do not to add the smell of the bile in her throat to his shoes. She refused to shudder at the lecherous look he always wore in their meetings, refused to acknowledge the evidence of his constant arousal when she was near, nor the way he occasionally palmed his erection, as though to give himself relief he was barred from taking with her.
She felt gooseflesh rise on her arms and assumed her nipples had hardened underneath her green wool dress, because the rodent-on-two-legs couldn’t keep his bulging eyes from her breasts, tongue lapping at his lower lip, nostrils flaring as her cinnamon-and-sandalwood scent reached his nose. The first time she had come here, she’d thought him polite, taking her pelisse and hanging it neatly, but now she knew he only hoped for a good view and to keep her as uncomfortable as he could manage.
She would in no way give him the satisfaction of knowing she was cold, though her lips were probably as blue as the manicured fingernails on her soft hands, kept smooth by regular application of expensive unguents. His eyes followed her frozen mouth, giving her cause to wonder if he were the type of man who might molest a corpse, if provided the opportunity. Surely he would have no scruples about such wickedness, given she had seen no evidence of common decency in the ten years she had known him.

Heat Rating
R for sensual content, 3 out of 5 flames 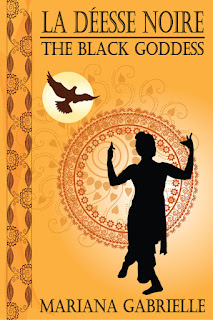 Book Blurb
Sired by a British peer, born of a paramour to Indian royalty, Kali Matai has been destined from birth to enthrall England’s most powerful noblemen—though she hadn’t counted on becoming their pawn. Finding herself under the control of ruthless men, who will not be moved by her legendary allure, she has no choice but to use her beauty toward their malicious and clandestine ends.

When those she holds most dear are placed in peril by backroom political dealings, she enlists some of the most formidable lords in England to thwart her enemies. But even with the help of the prominent gentlemen she has captivated, securing Kali’s freedom, her family, and the man she loves, will require her protectors stop at nothing to fulfill her desires. 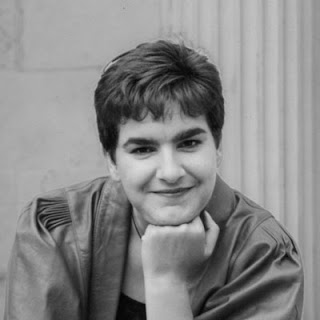 Mariana Gabrielle is a pseudonym of Mari Christie, a professional writer, editor, and designer with almost twenty-five years’ experience. Published in dozens of nonfiction and poetry periodicals since 1989, she began writing mainstream historical fiction in 2009 and Regency romance in 2013. In all genres, she creates deeply scarred characters in uncommon circumstances who overcome self-imposed barriers to reach their full potential. She is a member of the Bluestocking Belles, the Writing Wenches, and the Rocky Mountain Fiction Writers. Her first Regency romance, Royal Regard, was released in November 2014.

Be sure to go forth and enter!

a Rafflecopter giveaway
Posted by Nicole Zoltack at 12:00 AM 1 comment:

Ever dreamed of a life that reads more like a book? Rowena did until she stumbled into a fairy tale that wasn't so friendly. 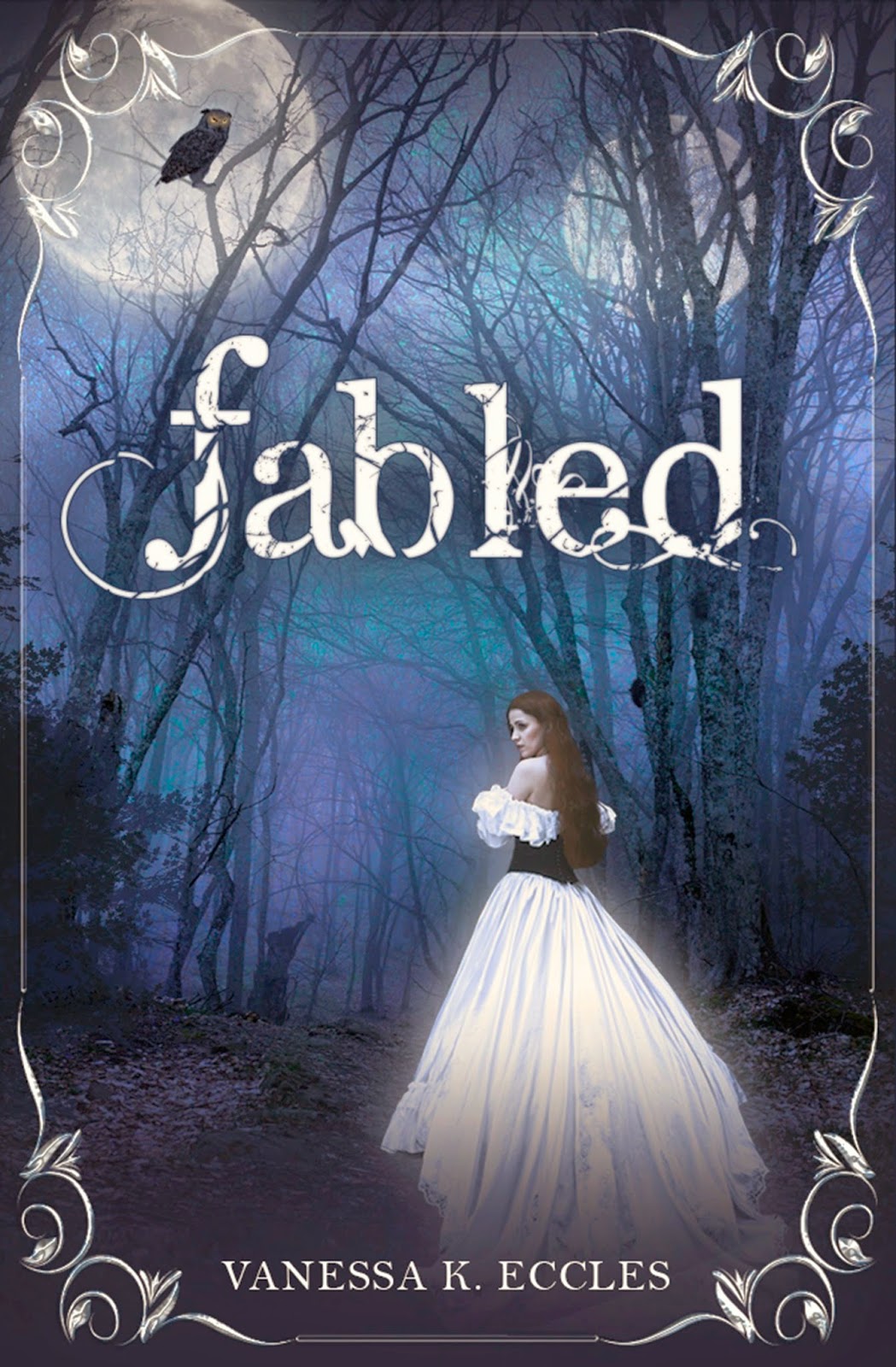 Rowena thinks the Grimm’s infamous podcasts are simply another teen fad until she finds herself trapped in a land of nightmarish storybook characters. She tries desperately to flee Mezzanine and return home, but Dresdem, Mezzanine’s wicked monarch, plans to use Rowena’s access to her world to bring dark magic and absolute rule into Georgia and beyond.

But when Rowena’s dear friend Madeline falls into Dresdem’s grasp, her battle with him becomes war, and all hopes of home are temporarily thwarted. With the help of an invisible hero, a beast, and an owl, she sets out to free Madeline from a deadening sleep. But Rowena must become her own hero when she finds herself bound by the kingdom’s darkest family. She must make the ultimate choice – align herself with her enemies or live on the run forever.

“Heads or tails?” Lil asked as she opened the door and stood in front of me.
“Tales.”
“When are you going to learn that heads always wins?” She snickered and rolled her eyes in amazement of my apparent naivety.
“Not always. Besides, tales are more interesting.”
Not understanding my word play, she shrugged and searched her pockets for a coin.
I leaned into the porch swing, coffee and book in hand, and watched as autumn's first leaves sunsetted the deadening grass. I rested the mug on my knee and let the cool breeze sway me back and forth while I waited.
Trying to ignore my little sister's attempts to aggravate me, I looked down at the fantastical book in my hands and realized how beloved, yet unrealistic it seemed. Most of us lead relatively dull lives and are content but never satisfied. The “happily ever afters” they crammed in our minds as children were merely lies, but I couldn’t help but dream of an adventure like the one I was holding. I wanted my life to be epic. Who was I kidding? Only characters in our favorite stories experienced magical lives. Mine had already been planned out for me − go to college, land a mediocre job, get married, and have 1.8 perfectly groomed, smiling children. That was it. The end. 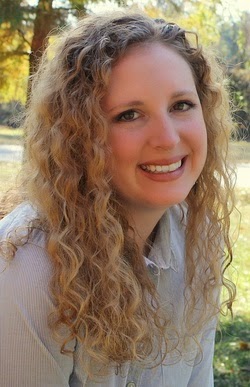 Meet the Author: Vanessa K. Eccles graduated Troy University with a degree in English. She currently serves as executive editor of Belle Rêve Literary Journal and is founder of the book blog YA-NASisterhood. When she’s not writing or devouring books, she enjoys the lake life with her Prince Charming and their four dogs.

a Rafflecopter giveaway
Posted by Nicole Zoltack at 10:45 AM 2 comments: