New Release! Legend is King Arthur with a twist! 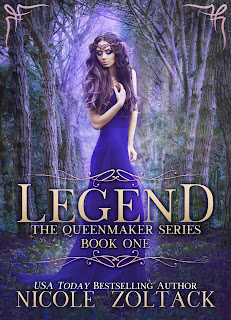 Legend is released today! The first book in a YA gender bent retelling of King Arthur!

Legend is a King Arthur retelling with Arthur as Alena, a maid who can possibly become so much more than she ever dreamed possible. Perfect for fans of The Mists of Avalon, The Selection, and Red Queen.

Grab your copy today! Free with KU! If you would like to get a signed print copy, email me at Nicole.Zoltack@gmail.com
Posted by Nicole Zoltack at 1:40 PM 1 comment: