Fairy tales have been around for as long as stories have been in existence. Whether they end happily or tragically isn’t as important as the thread of truth at the heart of each one. I think this is why fairy tales have lasted for so long, and why, like Shakespeare, you can plop a fairy tale story into any setting, and it will most likely work. It isn’t about the characters and setting so much as what we learn from the tale. 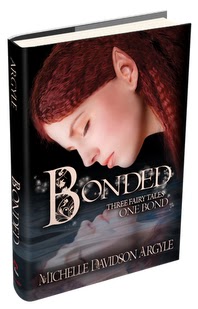 One of my husband’s favorite Disney movies is The Princess and the Frog. I love Disney’s version of the tale so much because it is the first Disney fairy tale told in an American setting (New Orleans). Not only is it a different setting than audiences are used to, but it also twists the fairy tale in some exciting, unique ways. At its core, we learn how much appearances aren’t as important as what’s inside (listen to the “Dig a Little Deeper” song, for instance), and that hard work is important only if you take time to smell the roses along the way.

I think, as humans, we cling to storytelling as a way to express the most important elements of who we are. Fairy tales boil down the essence of who we are. We value happiness and reaching goals and wishes. We value learning hard lessons, even if the endings are tragic. Even from an unhappy ending, there is a golden nugget of wisdom to be found—something that can lead to happiness if we will only stop to learn from it. This is why I like unhappy endings. They make me think a lot harder than happy ones!

Fairy tales started out as “little stories” passed down orally from one storyteller to another until the Brother’s Grimm started collecting some German tales in the early 19th century.  Since then, we’ve had tales written down to treasure. We continue to write them down today. I certainly can’t keep myself away from telling stories with a traditional fairy tale feel. What’s your favorite part about fairy tales? Do you prefer them happy or a little more realistic? 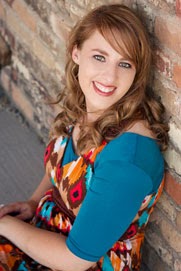 What happened after Cinderella married her prince? How did the evil sorceress in Sleeping Beauty turn evil in the first place? Discover these stories and a world filled with magic, forbidden love, elves, sprites, dragons, and the most powerful creatures of all— the fairies —in Bonded, a collection of three fairy tale inspired novellas.

CINDERS: A Cinderella sequel. Money can’t buy love, but magic isn’t a sure bet either. Cinderella, now officially a princess, finds royal life is not what she once dreamed. When a mysterious elf from her past stirs up long-suppressed passion, Cinderella begins to wonder if there really is love beneath the spell that captured her husband’s heart. But undoing magic can be harder than casting the initial spell, and the results are even less predictable.

THIRDS: A retelling of the Grimm’s fairy tale, One-Eye, Two-Eyes, Three-Eyes. Issina is surrounded by magic, yet none of it belongs to her. Despised and abused by her mother and sisters, she finds comfort when she meets the beautiful elves living in the nearby woods. The elves want to help her discover her own magic, but it’s not the kind of power she hoped for, and she learns there is more to magic than getting what you want.

SCALES: A Sleeping Beauty prequel. The sun never sets in the realm of the fairies. When the young fairy Serina looks into her sister’s eyes, she sees darkness for the first time. After her mother is murdered, Serina defies fairy law to follow her sister to the human realm. There she discovers the strength of a bond, the weight of a promise, and the darkness in her own heart.

Bonded is filled with engrossing, magical storytelling. The only consolation when one story ends is knowing there's another one waiting. ―Elana Johnson, author of Possession

Romantic and enchanting, Bonded is a beautiful, magical read. All three tales are full of love and sacrifice, while each story shows how one bond can save a person or destroy them. Ms. Argyle has a captivating voice and beautiful writing. I can't wait to see what she comes up with next! ―Chantele Sedgwick, author of Not Your Average Fairy Tale

Fitting the Brothers Grimm wrote down those tales, because they were grim. I probably prefer the happy ending though.

I'm loving the fairy tale retellings coming out. I better hurry and work on my own.

I love fairy tale retellings. Some are so creative. Good luck with your book. It sounds great.

Thank you so much for being a part of the tour! :)