NICOLE: It's great to have you visit, Stephanie. Tell us about your latest release, "The Faberge Secret."

STEPH: It's a contemporary romantic suspense with an international setting. My heroine, Elise Goodwin, runs a colonial heritage museum in Brattleboro, Vermont. She travels to Boston and acquires a rare Faberge egg. She also meets Dimitri Romanov, a Russian businessman who is the rightful owner of the egg. The sparks fly between Elise and Dimitri, but Dimitri's rival, Gustav Kelch, discovers Elise is in possession of the egg and his pursuit of Elise places her in danger.
NICOLE: Where did you find the inspiration for the story?
STEPH: I've always had a soft spot for exploring a Russian Orthodox Christmas so I wanted the plot to center around Christmas. The Russian royal family was known to give each other the elegant and romantic Faberge egg. They usually exchanged these eggs around Easter, not Christmas, so I put a nice twist in the story to explain the Faberge Christmas eggs in the story.
The inspiration for the story is found in my deep love for exploring the Russian culture. When I was 17, I took a Russian History class in High School and was drawn to all things Russian in a way I can't explain, except to say there is a deep resonance in my soul.
NICOLE: For the "American" part of the story, you take us to Brattleboro, Vermont. Have you ever been there?
STEPH: Yes, I have fond memories of visiting my aunt who lived there. The rolling hills and quaint buildings give the city an early 20th century feel. Since I grew up in New England, I enjoy weaving a New England setting into my contemporary stories.
NICOLE: Did you do a lot of research for the novel?
STEPH: I researched Faberge eggs, Carl Faberge, Orthodox Christmas customs, and St. Petersburg, Russia, as I've never been. I always enjoy the research aspect of a project because I often learn something new.
NICOLE: Tell us a little about your heroine, Elise Goodwin. What's her strengths? What attracts her to Dimitri?
STEPH: I'd like to think that Elise embodies the every day ordinary American girl who is career driven and won't settle when it comes to love. For me, Rachel McAdams comes to mind. Elise's strengths are her loyalty and steadfast nature. Dimitri's been hurt previously, so he finds her loyalty refreshing.
Intitially, Elise is attracted to Dimitri's classic Nordic looks, but what draws her to him is how fiercely protective he is of her. 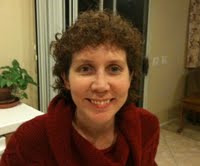 Nicole, thanks for having me here today. I enjoy a good fantasy. Happy Holidays and Faberge Eggs!

A wonderful read. Love this story and I'm like you, a lover of the Russian culture and faberge's work

Ah, watch out for those art history majors! ;-)

As a bit of a history buff, I like seeing so much "place" in stories.

Jillian, I adore Faberge's work. It's so elegant and stirs the soul. Loraine, those art history majors can "sneak" up on you! LOL!! I try to work the setting into the story so it's a very natural element. Thanks for noticing.