When I finished writing my novel, Angelfall (Penryn & the End of Days, Book 1), I had a good feeling about being able to attract an agent and a major publisher. It's a dark fantasy about an angel, a kick-ass girl and the end of the world. What's not to love? :)
But instead of querying agents and trying for a traditional publishing deal, I chose to be an indie author. This was a big surprise to me and to others who know that I’ve worked hard for years in preparation for a traditional writing career. I studied writing through the Iowa's Writers' Workshop and Clarion West. I've had stories published in magazines and anthologies like Realms of Fantasy and The Dragon and the Stars. I even had invitations by two respected agents to submit a novel based on the quality of other writing they'd seen.
So I’ve been asked why I chose to go indie. Here are the factors I considered.
Wild West Ebook opportunities - I love finding opportunities that the chaos of a new industry can bring. I love the nimbleness it offers--make a mistake, you can bounce back within hours rather than years, so I feel a lot more free to try different things. You can find ways to forge a fresh path because all the potential paths are fresh. Once the industry matures, those paths will have already been forged and many of them will be closed off to newbies. For someone like me, it could be a golden opportunity to find an audience faster and possibly grow it for longer than I can in the traditional publishing world.
Now vs. later - "Angels are peaking now." This statement by a friend haunted me for months. Although I don't know if angel stories are actually peaking, it's a certainty that angels will not have the staying power of vampires. Since it can easily be 2 years from the time you finish your book to the time it is offered to the public by a traditional publisher, who knows what readers' interest in angel stories will be by then? I know there's interest now. In epublishing, the time scale is more on the order of 1 or 2 months from the last polish of the book to the first offering to the public. This was a major factor for me.
Marketing - this was the one area that would have won me over to traditional publishing even if all the other factors pointed toward going indie. If I was sure that a traditional publisher would do serious marketing on my behalf, I would have been knocking on their door, begging them to take a look at my manuscript. But the more I looked into that possibility, the more I realized that's probably a pipe dream. New authors have to market their books and somehow rise above the noise. That's all there is to it.
Competition - as a new author in bookstores, what are my chances of successfully competing against the big authors with marketing budgets ten or a hundred times bigger than mine? Not very good. But as an indie author of ebooks who can undercut publishers, I have a fair shot at getting my book noticed among other indie books with similar marketing budgets.
Did I make the right decision? 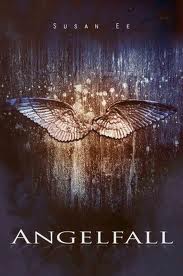 Angelfall has been available for a month and it’s been a wild ride. It has gone as high as being #48 on the bestseller list for Kindle Dark Fantasy and somewhere in the 50's for Kindle Fantasy Series. It's currently ranked #1 in top rated Kindle Dark Fantasy, #1 in top rated Kindle Fantasy Series, gone as high as #1 in Kindle's hot new dark fantasy releases and #7 in Kindle's hot fantasy series new releases. But it's also fallen off these lists all together, with some of them coming back and some of them not.
It's an emotional roller coaster watching it go up and down and hopefully back up again. Is this better than how it would have been through a traditional publisher, assuming I could have gone there? No idea. Who knows what will happen after the first month?

I do feel that in order for it to be a fair comparison, I should actually wait the 1 1/2 - 2 years it would have taken before my book would have come out through a traditional publisher. How many books will I have sold by then?
Although it’s still too early to tell, I feel that it was probably the right decision to become an indie author. Why? Because if the traditional publishing route is not the clear choice, then I’d rather ride the crest of the changes in the industry with all my rights to the Angelfall series intact. The industry is changing every week. Who knows what the landscape will look like by the time my second or third book comes out? It’s possible for me to move from being an indie author to a traditionally published author. But it’s extremely unlikely that I can move my series from being traditionally published to being indie published without having to wait many years before I can buy them back.
I expect to have a better idea of the overall picture by September. Angelfall is on the to-read list of a fair number of book bloggers. I expect the bulk of the reviews to come out sometime around August. So far, there have been five blog reviews with all of them giving Angelfall 5-stars. I'm thrilled! But I'm also terrified at the expectation this causes. :)  By September, I should be able to see the impact of the blog community and have a better idea of the long term picture.
So I invite you to come back then for an update if you're curious. And in the meantime, may I suggest that you check out Angelfall? :)
Warmest wishes,
Susan Ee
Angelfall on Amazon US
Angelfall on Amazon UK
Angelfall on Barnes & Noble
Angelfall on Facebook
Susan's blog
Posted by Nicole Zoltack at 9:44 AM

congratulations on your success and chosing the path that's right for you. too many people are afraid to take that leap, but the change in the inudustry provides a very tangible career for indie authors now.
all the best to you!

Wonderful post Susan! (And many thanks to Nicole for introducing you to some of us.)

Sounds like you made all the right choices for the right reasons. One thing I'll add is that I'm not certain if trending and timeliness are going to be as big a deal in indie publishing. My point is that there will always be certain diehard readers for certain types of stories.

In the old bookstore model, you might have to count on specialty bookstores in select areas to carry your book. Thus limiting the number of customers you could reach. Now, even if there are only three people in every city or town that read your particular genre or niche, they can all go buy your book. Forever.

I may be wrong, but I think if you're an author and you want to write zombie-unicorn fiction for the rest of your life, so long as you're good at it, you'll probably always have a market for it. (You need to know how to find them, btw.) Certainly some things will be 'hotter' than others, but I really don't see things just going away they way they sometimes did in traditional publishing.

Again, great thoughts and I'm looking forward to following your progress AND reading your books!

My publisher did some marketing for my book, but I had to contribute a lot as well.

Thanks for the good wishes, Amie and EJ! It’s wonderful to find such a supportive tribe.

And I absolutely agree with EJ—the niche readers can be found, given enough time (bless their loyal hearts!). But as writers, it wouldn’t hurt to introduce ourselves to a larger group of readers if there is a chance to do so. I am absolutely not suggesting that any of us chase trends. I believe we should write the story we are passionate about. But my personal choice was to take what might be a trend into consideration when it came to timing the launch. Traditionally, timing wasn’t a real choice for us so it’s exciting to finally have that option.

Alex--your experience meshes with my research. I had this vague fantasy that if I went with a traditional publisher, that I could spend my time writing rather than marketing. But I think new novelists need to market as much as they can to try to let the world know that their book exists, regardless of whether they choose traditional or indie routes.

Susan I loved Angelfall.
It was amazingly amazing!!

I just found your awesome review of Angelfall. 5+! Wow. I'll be smiling for the rest of the year. Thank you!!

Hi, there! You're listed as #7 on the Freedom Blog Hop, but I don't see a giveaway listed. Are you participating?

Very interesting. Thank you so much for being so open and honest about your decision, Susan. Congrats on all your success!

Hi Darlene--I hadn't realized I was listed on the Freedom Blog Hop! Could you send me a link? It sounds like fun!

Hi Talli -- thanks so much for your good wishes! :)

Great post, Susan! I love hearing your story and decision process. Your cover art is gorgeous.

I've started a new monthly Urban Fantasy newsletter, if you're interested in an interview or other guest post!

You ladies have a great weekend!

I wouldn't dare do what you're doing, but I can see that your reasons are very solid, I don't blame you and congrats on the ratings!

Hi Alexia -- Thanks! And sure, an interview sounds great. Thanks for the offer! :)

Hi Catherine -- Thanks! Since you are a writer, you are brave by definition. Any path you choose to take is bold. :)

Thoughtful decision process... and not necessarily an easy one. The book sounds very interesting and I have added it to my Wish List. (Wish I had more time to stop and read more books!)
Best wishes for success!
MarthaE